The petrochemical/refining unit of the French energy major Total has joined 37 other big freight shippers in accusing the U.S.’s four biggest railroads of price fixing by adding fuel surcharges to cargo prices.

Total Petrochemicals & Refining USA and its fellow plaintiffs are suing the railroads that control 90% of the nation’s rail freight traffic for allegedly conspiring to impose fuel surcharges beginning as early as 2003, according to the lawsuit filed in U.S. District Court in Houston, reviewed by Kallanish Energy.

The surcharges generated billions of dollars in additional revenue for the railroads, according to Total, which filed its lawsuit in late December in federal court in Houston. The surcharges are added to shipping rates when fuel prices rise above a pre-determined trigger price.

Total alleges the fuel surcharges were not tied to the cost of fuel, but instead calculated as a percentage base transportation rates, essentially allowing the fuel surcharges to become an across-the-board price increase, according to court documents.

Total estimates it spent about $300 million transporting chemicals and other freight on the four railroads between 2003 and 2008, of which roughly $29.4 million appears attributable to defendants’ fuel surcharges, according to U.S. District Court suit.

Lawsuits by companies shipping on the railroads were filed in federal courts nationwide after an appeals court in August rejected a request to reconsider a class action claim.

Eight companies brought a class-action suit against the railroads on behalf of 16,000 shippers in 2008, but a federal trial court in Washington determined in 2017 the plaintiffs didn’t meet the criteria to be certified as a class because they didn’t share the same level of damages.

BNSF denies the allegations and said it is reviewing the latest lawsuit filings. Union Pacific said the claims are without merit and plans to vigorously defend the company in court. CSX and Norfolk Southern declined to comment, the Houston Chronicle newspaper reported.

Railroads imposed fuel surcharges before 2003, but with varying degrees of success, according to court documents. The market for freight was highly competitive and to win business, railroads would drop surcharges or risk losing customers. 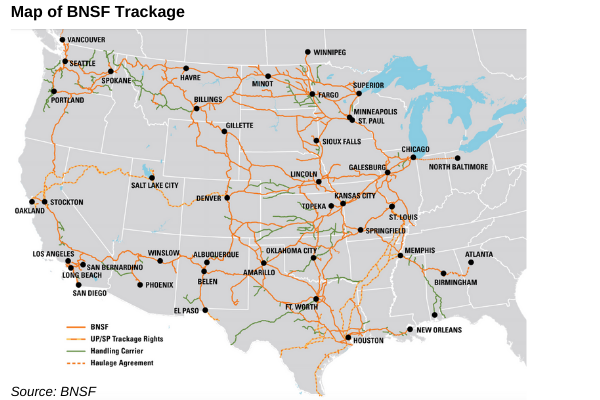