Vic Furman is asking for help in taking a group, of which he is part, called Landowner Advocates of New York, public. Here’s the latest update on his plans.

I want to thank Tom for his support on NaturalGasNow where, on Saturday, as part of his regular “Best Picks” post, he announced my plans for taking a new activist group called.
Landowner Advocates of New York (L.ANY) public. Emails have been pouring in and the phone hasn’t stopped ringing. Thank You!

Let me offer my e-mail info again as I want to reach out to as many people as I can:

I am getting calls from town board members, farmers, landowners and even people from Sulivan County and all the way up to Elmira Heights. They all say the same thing… “it’s about time.” We have to fight back against a corrupt system. Once again, here’s what I told Tom and he published Saturday:

We will not sit back any longer and wait for a change in governors, but will become the change our government needs.

If you are a pro-drilling landowner or an Upstate citizen who doesn’t want to see your utility bills triple via the green new deal, and you want the right to exercise your property rights like the rest of America, standby for announcements coming very soon.

Spread the word and if you’re a coalition leader contact, me, Vic Furman now for information on upcoming events.

Editor’s Note: Vic Furman is one of those guys who never ever quits. As one of his friends said to me once “If we had 50 Vic Furman types, we have won long ago.” Here’s a photo of him protesting on the streets of Manhattan as evidence that was exactly correct: 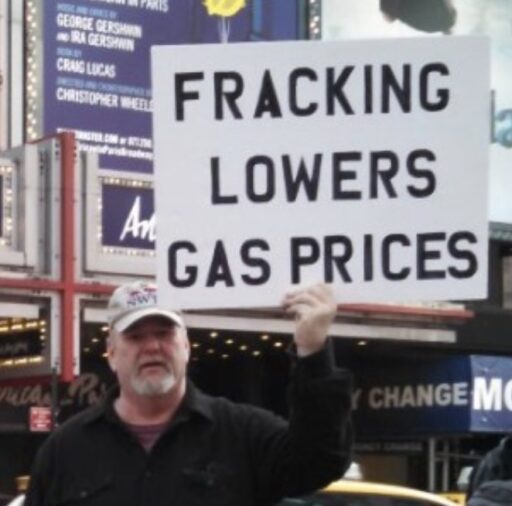