by Joe Barone, Shale Directories in Daily Dose of ShaleDirectories.com

In this season of New Year resolutions, we should insist that governors, legislators, regulators, activists and their corporate allies resolve to be more honest, especially on climate and renewable energy issues.

Here in Virginia where we live, Governor Ralph Northam and the Republican controlled legislature have approved Dominion Energy plans to install two Washington Monument-high wind turbines off the Norfolk coast. They claim the “demonstration project” will help advance their commitment to “fighting climate change.” After the two turbines run awhile, they could be joined by hundreds more. 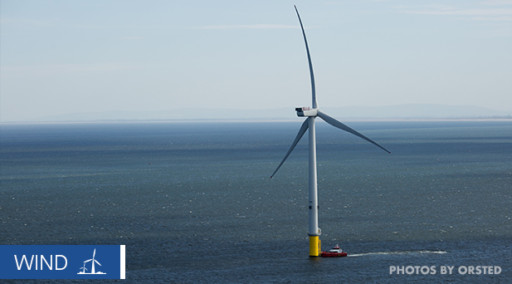 Dominion Energy photo illustration of windmills to be placed off Virginia coast to generate electricity prices as high as the tower is in comparison to the boat in the picture. Click for more information.

State regulators blasted the decision, but political fiat, expediency and doubletalk forced them to approve the project. The sorry saga carries important lessons for energy consumers across the USA and world.

There was no competitive bidding for this offshore wind project, which carries a likely under-estimated cost of $300 million. Virginians will pay 25 times the U.S. market price for the turbines – and then pay 78¢/kilowatt-hour for their intermittent electricity. That’s 26 times the 3¢ per kWh wholesale price for coal, gas, hydroelectric or nuclear electricity in Virginia; almost nine times the household price.

As with all wind turbine projects – unless they’re backed up by fossil fuel power plants – this boondoggle will ensure that customers get electricity when it’s available, instead of when they need it; that lights, heat, air conditioning, computers and televisions go off and on many times every day.

The eventual forest of turbines will impact surface and submarine ship traffic, while constant vibration noises from the towers will impair marine mammals’ sonar navigation systems.

But when green preening or climate virtue-signaling is the objective, no politicians are going to be shackled by inconvenient energy, environmental or economic realities or ethics – like these:

Wind power is only pseudo-renewable. The wind may be free. But nothing of what’s required to harness breezes to power civilization is free, renewable, climate-friendly, eco-friendly or sustainable.

Consumers demand and require reliable, affordable electricity 24/7/365. Weather dependent, intermittent, unreliable wind power requires 100% backup by coal or gas power plants that must run all the time on “spinning reserve,” ready to step in every time the wind dies down. That means extra costs, materials and fuels for the backup units – on top of the costs, materials and fuels to make and install the turbines.

Many of those metals come primarily from China, the Democratic Republic of Congo and other places where child labor is common, adults earn a few dollars a day, and health, safety and environmental rules are all but nonexistent. They’re the renewable energy equivalent of “blood diamonds” and slave labor.

Fossil fuels are required to extract and process all these materials, and manufacture and transport the wind turbine components. That means pollution and carbon dioxide emissions, in someone else’s backyard.

In another clever ruse, industrial wind promoters claim turbines generate electricity about a third of the time: a 33% “nameplate capacity factor.” The actual output is closer to 20-30% or even lower, depending on locations. And wind power often fails when electricity is most urgently required: during the hottest and coldest days or weeks of the year, when winds are too weak to turn turbine blades.

During the July 2006 California heat wave, turbines generated only 5% of nameplate capacity. In Texas, wind capacity factors are generally between 9% and 12% (or even down to 4% or zero) during torrid summer months. Wind generation was virtually non-existent in the Pacific Northwest in January 2009. Amid a 2012 heat wave, turbines generated a minuscule 4 megawatts when Northern Illinois electricity demand averaged 22,000 MW! Similar realities prevail all across the USA and world.

The problem worsens as turbines age. A British study found that onshore wind electricity output declines by 16% per decade of operation. It’s worse offshore, because of storms and salt spray.

RI offshore wind electricity costs 24.4¢/kWh today. Under its contractual price escalator of 3.5% a year, in 20 years RI consumers will be paying almost 50 cents per kWh.

Maintenance and removal require huge derrick barges and can be done only during near-perfect weather, with minimal wave height. Actual removal costs depend on the size and type of project, distance from shore, whether monopiles and electrical cables must be fully removed, and whether the seabed must be returned to its original condition. (Should wind turbines get a free pass on these requirements?)

Virginia’s turbines will be 27 miles from the coast. The cost of removing any industrial-scale “wind farm” could run into the billions, and could double the cost of this wind power.

Oil, mining, logging, construction and other projects are typically required to post sizable bonds, before they are permitted to operate (and must endure costly multi-year permit and lawsuit processes). Wind turbine projects are generally exempt. That means billion-dollar decommissioning costs could bring corporate insolvency – and state taxpayers and ratepayers will get stuck with the bills.

Demolition has begun off Denmark for one of Europe’s earliest offshore wind projects. Blades, nacelles and towers must be dismantled and individually removed by big mobile cranes on enormous barges. The concrete foundations must be dismantled on-site by hydraulic demolition shears, then hauled ashore.

Rotor blades are fiberglass, carbon fibers and petroleum resins; burning them releases dust and toxic gases, and so is prohibited. Recycling is also difficult. Imagine hauling 245-foot blades from the monster offshore turbines to landfills. No wonder one study estimates that it will cost $565,000 per megawatt to decommission Europe’s offshore turbines – or about $3.4 million for each new generation 6-MW turbine.

From an economic, environmental or energy perspective, wind energy is simply unsustainable. And it’s all being justified by climate change hype, hysteria, headlines and computer models.

We’re supposed to believe that humans can control Earth’s temperature, climate and weather by controlling the 0.042% of the atmosphere that is carbon dioxide and methane. That major fluctuations in the sun’s energy output, constantly mixing and changing oceanic and atmospheric fluids, and other powerful natural forces are irrelevant. That emissions from thousands of new coal- and gas-fired power plants in Asia and Africa should just be ignored. That pseudo-renewable energy will save the planet.

Governor Northam and legislators who support this nonsense should be punished for energy and climate deceit – or at least forced to run their homes and offices in perpetuity on intermittent, ultra-expensive electricity from wind turbines … at their own personal expense, and not on the taxpayers’ dime.

Paul Driessen is senior policy analyst for the Committee For A Constructive Tomorrow (www.CFACT.org).