Warren Buffett may be the world’s most famous corporatist—manipulator of government to serve private special interests—and he’s funding pipeline opposition.

Pipeline activists like Winona LaDuke and Honor the Earth are, by definition, “professional,” as they get paid to be activists.

The bigger question has always been: who pays them? The simplistic answer is that it appears to include those who benefit from delaying pipelines.

Oil will continue to find its way to market by railroad if there is not room in a pipeline. This is happening on rail lines that pass through our lake country and communities. There is only so much rail space, and more oil getting shipped by train cars puts more pressure on transportation costs for other commodities from people like farmers who have to compete for rail space.

Delaying pipelines clearly benefits railroads, the comparatively less-regulated, less-safe, and higher-carbon-footprint-per-unit mode of transportation. It’s a big win if you happen to own a railroad, like the BNSF that is owned by billionaire Warren Buffett. 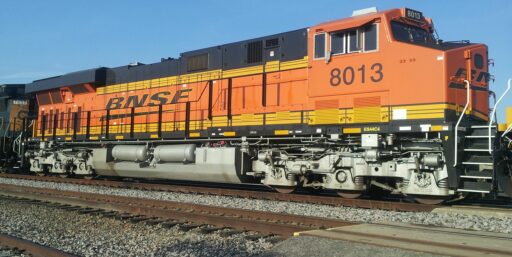 LaDuke has been making money fighting things like pipelines for 20-plus years. The best causes have both a villain and a victim. The cause is the victim, and anyone who opposes their position is a villain.

Activism has become a business, and its business model needs to have financial backing to make money from maintaining victimhood. It turns out that Honor the Earth listed the NoVo Foundation as its top donor in 2017. This foundation is solely funded by Warren Buffett and operated by his son and his wife, as columnist Jesse Grady wrote in July for TownHall.com.

Isn’t it ironic that the so-called head “water protector” is actually helping to carry the water for a billionaire owner of a railroad?

The Minnesotans for Line 3 group, of which I’m a member, does not block streets in protest, and we do not advocate bringing Dakota Access-style protests to Minnesota. No one should. Pipelines and their operators who employ thousands are not the enemy.

When light is shed on her less-than-transparent business and the misleading information, LaDuke and her group lash out to discredit the messengers, creating another villain. They might even spin something that was not said to mislead further. Whole truths are bad for the activist business. They decrease membership and donations that can result in less money flowing to their groups and the salaries of their officials.

Some cite corporate greed as a reason to fight pipelines. They should re-examine who they’re backing in that fight.

LaDuke knows the best way to protect Minnesota waters is to use the safest mode of transportation. I question why those so concerned about the environment would not want to use the safest, most-efficient method to transport oil across our lakes region. Unless there is a financial interest in fighting pipelines, it makes no sense.

Replacing Line 3 will benefit us all, even the protestors — but maybe not Warren Buffett. I think he’ll be fine.

Editor’s Note: Mike’s brother Bob Schoneberger was a relentless advocate for the Line 3 and founder of Minnesotans For Line 3. Sadly, he passed away late last year, doing this outstanding video relabeled after his passing to honor him: