[Editor’s Note: Enbridge’s Weymouth Compressor Station has been evaluated by PHMSA and found to be safe for renewing its critical operation.] 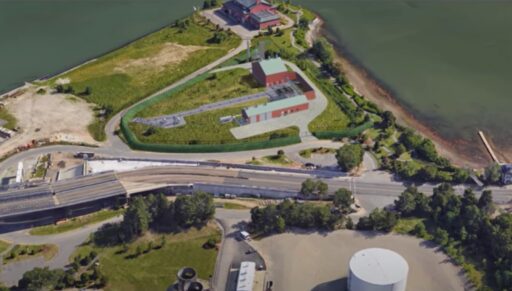 The compressor was built and ready to go online in October but was prevented from doing so at the last minute when testing resulted in two emergency shutdowns. The PHMSA stepped in and took charge, keeping it offline until it could investigate. We now have the results of PHMSA’s investigations. The first emergency shutdown was the result of a faulty O-ring. The second shutdown was an electrical issue. PHMSA is satisfied that both issues are corrected and has given the plant an OK to begin operation in early December. Hey, that’s this week!

It has been a hard-fought battle to get the compressor built and running. “It’s dangerous! It’s a killer! It will flow evil, nasty fracked gas! It’ll explode and kill everyone within a mile, and if it doesn’t explode, emissions from the plant will poison everyone around it anyway!” Those are the faux arguments used by radicals in Weymouth, Massachusetts to smear the project. Multiple lawsuits were launched. Pressure was brought to bear by regulatory agencies and far-left Massachusetts politicians (local, state and federal). But all of those arguments have magically disappeared a few weeks ago when Enbridge agreed to pay the town $38 million . Yes, Enbridge succumbed to extortion. Consider it a cost of doing business.

PHMSA will allow the Weymouth compressor to begin operating with gas pressures limited to 80% of the levels they were before the most recent incident. When the plant is up to full pressure, it will pump an extra 132,705 Dt/d (132.7 million cubic feet per day) of Marcellus gas through the Algonquin Gas Transmission pipeline from receipt points in New York and New Jersey along the mainline.

From the Boston Herald:

Enbridge will start pumping natural gas through its Weymouth compressor station next month after federal regulators gave the final green light, ruling that the company sufficiently corrected any issues behind two emergency shutdowns this fall.

The Pipeline and Hazardous Materials Safety Administration signed off late last week on a plan to restart operations at the site with gas pressure limited to 80% of the levels before the most recent incident.

With the agency’s approval, the controversial project appears set to begin operating in the next few weeks after years of opposition from community groups and elected officials.

An Enbridge spokesperson said the company now plans to start service at the compressor “in early December” to ship natural gas northward to utilities in Maine and Canada.

“The compressor station will methodically be placed in service in accordance with applicable regulations and with oversight from PHMSA,” the spokesperson, Max Bergeron, said in a statement. “To ensure awareness, we will be communicating further with our neighbors, state and municipal officials, and first responders.”

From the Quincy Patriot Ledger:

Officials say the natural gas compressor station on the banks of the Fore River is scheduled to go online in early December. The news comes two months after local, state and federal officials called for a halt of compressor operations when two emergency shutdowns caused hundreds of thousands of cubic feet of natural gas to be released into the air.

Max Bergeron, spokesman for the Canadian company that built the compressor station, said Wednesday the first emergency shutdown on Sept. 11 was caused by the use of an O-ring that was not designed for the operating environment of a piece of equipment. He said the second incident, on Sept. 30, was caused by an electrical issue.

Bergeron said both issues have been fixed, and the compressor has been given the OK to resume operations by the Pipeline and Hazardous Materials Safety Administration.

“The thorough review process has allowed us to identify and address the issues which led to the unplanned events, and verify that the Weymouth Compressor Station is fully prepared to safely enter service,” Bergeron said in an email.

The controversial compressor station is part of Enbridge’s Atlantic Bridge project, which would expand the company’s natural gas pipelines from New Jersey into Canada. It has been a point of contention for years among community members, who say it presents serious health and safety problems.

Algonquin Gas Transmission, a subsidiary of Spectra Energy, received initial approval for the compressor station in January 2017 from the Federal Energy Regulatory Commission. Enbridge later acquired Spectra. The company also needed several state permits, all of which were granted by regulators despite vehement and organized opposition from local officials and residents. The Town of Weymouth alone filed two dozen lawsuits and spent more than $1.6 million in legal fees attempting to stop the project.

Since then, the Town of Weymouth has entered into an agreement with Enbridge that will provide the town with $10 million upfront and potentially $28 million in tax revenue during the next 35 years. In return, the town agreed to drop pending lawsuits.

The compressor station started testing for the first time the week of Sept. 7. It was only days later that the first emergency shutdown occurred and members of the town’s congressional delegation immediately called for federal regulators to halt operation of the station.

Congressman Stephen Lynch sent a letter to U.S. Transportation Secretary Elaine Chao calling the compressor station a “misguided and dangerous project” that poses an “imminent public safety threat” to the residents of Weymouth and nearby communities.

On Wednesday, Bergeron said the compressor station complies with all applicable regulations and that Enbridge will be communicating further with neighbors, state and municipal officials and first responders.

“We are committed to being good neighbors and operating the compressor station safely and reliably,” Bergeron said in an email. “The Algonquin Gas Transmission system has provided access to reliable, affordable natural gas for homes and businesses in the area for decades, and this facility enables us to transport additional supplies of natural gas for local gas utilities in Maine and Atlantic Canada, helping homes and businesses switch from higher-emitting fuels to cleaner-burning natural gas.”

We think this news warrants a little celebratory rock-n-roll. Crank up the speakers and click on the following!