West Virginia Governor Jim Justice made one of the most curious gubernatorial moves in recent years recently, when he vetoed a bill that would have directed money to plug the Mountain State’s approximately 4,000 abandoned gas wells. 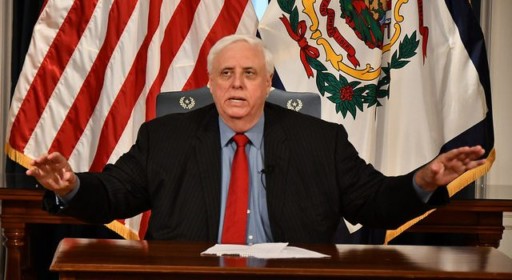 The bill, which had strong bipartisan support, would have decreased the State’s severance tax on low producing wells and directed other monies to a fund for the plugging of the abandoned ones.

To show how strong support was for the legislation, the House passed the bill 89-11 and the Senate 33-1. At a time when different political camps have difficulty agreeing on anything, the bill was supported by the oil and gas industry, landowners, the West Virginia Farm Bureau, and the environmental community. That kind of agreement from notoriously warring factions is almost unheard of.

Given that level and breadth of support, why did Governor Justice veto the bill? In his veto letter, the Governor objected to the tax rate cut on the low-producing wells and stated that the money to plug the abandoned wells should come from West Virginia’s General Fund. That seems a curious position given the positive environmental goal and the amount of public support.

Some see a nefarious purpose behind the Governor’s move. The “Marcellus Drilling News” suggested that the Governor vetoed the bill as a payoff to his supporters in the coal industry, specifically big coal mine operator Robert Murray. Indeed, last week the Governor signed a bill lowering the tax rate on steam coal used in power plants, but then turned around and rejected a cut in the gas tax rate payable by low producing wells and raising other funds to help clean up West Virginia.

It’s not a pretty picture. At best, the Governor committed political malpractice by blindsiding nearly everyone in the State. At worst, the Governor made a terrible choice to reward certain large coal operators at the expense of the citizens of West Virginia.

This all comes at a time when West Virginia is about to receive a massive $2.5 billion investment in an ethane cracker plant to support the gas industry. How Governor Justice explains his veto to the industry that is plowing money and resources into his economically depressed State will be interesting to watch in the weeks to come.