Wheeler EPA Cost Benefit Reform A Bipartisan Success If Allowed to Be!

The levers and wheels of government continue to turn despite layers of crises unfolding nationwide. In Washington, Environmental Protection Agency (EPA) administrator Andrew Wheeler is making good on needed reforms to the agency’s benefit cost analysis strategy as part of a larger effort by the Trump Administration to fix our nation’s complex regulatory framework. 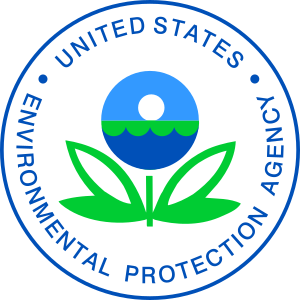 Standardizing this important analysis procedure across divisions of the EPA can help to improve the regulatory state’s decision making, which — unbeknownst to many — has significant impacts on private citizens. In May 2019, Wheeler outlined reforms that would ensure regulatory decisions among various agency branches are “rooted in sound, transparent and consistent approaches to evaluating benefits and costs.”

Wheeler wrote that due to changing political affiliations and varying guidance on the concepts of benefits and costs used to determine agency regulations, there has been inconsistency and confusion among many historical rule-makings. Last year’s memo was spurred by Executive Order 13777 that directed agency leads to alleviate unnecessary regulatory burdens.

Reducing costly regulation has been a long-sought government goal; Presidents Reagan, Clinton, and Obama all signed Executive Orders of their own advocating for a regulatory state that only imposes regulations with benefits exceeding costs. Now, Wheeler is closer than ever to accomplishing that objective. The agency recently issued a proposal for public comment on their plans to ensure that all future regulations under the Clean Air Act be accompanied by a benefit cost analysis.

As expected, there are those crying ill that the Administration is disarming environmental protections. But if you look at the history books, they must concede that this shouldn’t be a partisan issue. Even Cass Sunstein, former administrator of the White House Office of Information and Regulatory Affairs under President Obama, described Wheeler’s directive to remedy this feedback as an “important memorandum that makes terrific sense.

In principle, it should improve the EPA’s performance — and receive bipartisan applause. ”Further, the costs of a badly written regulatory state are real and considerable to Americans. For example, in 2012 the EPA finalized a rule, colloquially known as ‘MATS,’ to reduce mercury and other air pollutant emissions from coal and oil-fired power plants. But a regulatory impact analysis by the agency found the compliance costs for the rule would total $9.6 billion while benefits in hazardous air pollutant reductions would total between $4 and $6 million, a disparity of a factor of 1,600.

Nonetheless, the rule was implemented and the agency even decided that it need not consider costs in this instance. Regulations are a unique tool of the executive branch and unlike taxes, regulatory burden falls on companies and is passed along to consumers at all levels. A review of the EPA shows the agency to be responsible for nearly 70% of costs for all significant federal regulations. Moreover, estimates suggest that federal regulations cost the American economy as much as $1.9 trillion a year in direct costs, lost productivity, and higher prices.

Voters focus heavily on the man, woman, or party, but considerable thought should also go into the regulatory state that will follow a candidate; it is no exaggeration that regulations can spur or prohibit wellbeing in a number of ways. Imagine, then, what could be done should the EPA be successful in refining its benefit cost analyses to improve by a mere 10%?

Hundreds of millions of dollars more would be available to the economy through business expenditures (to start new projects, hire more employees, or invest in research and development) and consumer savings (through lower fuel and food prices) that could then be collected on by the government to fund public projects. Pennsylvanians should be eager to welcome Administrator Wheeler’s reforms to the EPA’s cost — benefit analysis procedures. As a state relying heavily on the energy and manufacturing industries a regulator that is uniform in its input considerations will produce better regulatory outcomes to the benefit of individuals and businesses.