Wind and Solar, Though Little, Require Big Energy to Back Them Up

[Editor’s Note: Depending on weather-dependent energy takes not only big money but big dispatchable sources of energy when wind and solar do not produce!]

Power system design can be extremely complex, but one simple number is painfully obvious. At least it’s painful (and terribly inconvenient) to advocates of wind and solar power – which may be why we never hear about it, why it too often gets deliberately hidden from view. It is a big, bad number. 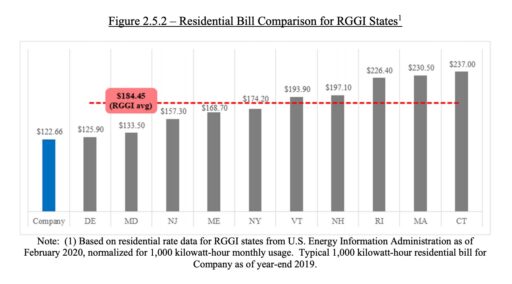 For most places, the magnitude of MBR is very simple. It is all the juice needed on the hottest or coldest low wind nights. It is night, so there is no solar. Sustained wind is less than eight miles per hour, so there is no wind power. It is very hot or very cold, so the need for power is very high.

In many places, MBR will be close to the maximum power the system ever needs, because heat waves and cold spells are often low wind events, as well. Both heat and cold are often caused by large high pressure systems that have very little wind in them.

During heat waves, it may be a bit hotter during the day but not that much. During cold spells, it is often coldest at night, when people need power the most, so they don’t freeze to death in the dark. Think Texas.

Thus what is called “peak demand” is a good approximation for the maximum backup requirement. In other words, there has to be enough reliable generating capacity to provide all the maximum power the system will ever need. For any public power system, that is a very big number; as big as it gets, in fact.

Actually, it’s even a bit bigger, because there also has to be margin of safety, or what is called “reserve capacity.” This is to account for something not working as and when it should. Fifteen percent is a typical reserve in American systems. This makes MBR something like 115% of peak demand.

We’re often told wind and solar are cheaper than coal, gas and nuclear power. But that does not include the MBR for wind and solar. What is relatively cheap for wind and solar is the cost to produce a unit of electricity under optimal conditions. This is often called LCOE or the “levelized cost of energy.”

What we really need to be talking about has to reflect the need to add reliable backup energy to give people the power they need, when they need it. This total cost makes wind and solar very expensive.

In short, the true cost of wind and solar is LCOE + MBR. This is the huge cost you never hear about. But if every state goes to wind and solar, then each one will need to have MBR for roughly its entire peak demand. That is an enormous amount of generating capacity.

It means more than doubling the normally needed generating capacity … the raw materials to build that dual capacity … and the real costs of having insufficient, widely dispersed, land-intensive, weather dependent, unreliable wind and solar, plus that minimum backup requirement. Simply put, it takes big energy to back up what is often too little wind and solar power.

Of course, the cost of MBR depends on the generating technology. Battery storage is out, because the cost is astronomical for the billions of half-ton battery modules that would be needed to store enough power for a city, state, region or country during multiple days of low wind and low sun.

Gas fired generation might be best, but it is fossil fueled, as is coal. If one insists on zero fossil fuel, then nuclear is probably the only option. Operating nuclear plants as intermittent backup is stupid and expensive, but so is no fossil fuel generation – or no electricity generation. And getting new nuclear plants built almost anywhere on Planet Earth is all but impossible in today’s political climate.

What is clearly ruled out is 100% renewables, because there would frequently be no electricity at all. That is unless geothermal could be made to work on an enormous scale, which would take many decades to develop. (And many of the best traditional geothermal sites are in or near national parks, and other scenic or natural areas, like Yellowstone, making environmentalist opposition a foregone conclusion.)

It is clear the Biden Administration’s goal of zero fossil fuel electricity by 2035 (without nuclear) is economically impossible because of the minimum backup requirements for wind and solar. You can’t get there from here.

We shouldn’t have to wonder why we almost never hear about this obviously enormous cost for wind and solar. Bringing it into the open would seriously undermine the case for “affordable, clean, green, renewable, sustainable” energy. So the utility companies I’ve looked at avoid it with a clever trick.

Dominion Energy, which supplies most of Virginia’s juice, is a good example. The Virginia Legislature passed a law (the 2020 Virginia Clean Energy Act) saying Dominion’s power generation had to be zero fossil-fueled by 2045. Dominion developed a Plan explaining how they would supposedly do this.

Tucked away in passing on page 119, the company says it will expand its capacity for importing power purchased from other utilities. This increase happens to be to an amount equal to their peak demand.

The plan is to buy all the MBR juice from the neighbors! But if everyone is going wind and solar, no one will have juice to sell. In fact they will all be trying to buy power – which cannot possibly work.

Don’t forget, the high pressure systems that cause low wind can be huge, covering a dozen or more states. They can last for days. For that matter, no one has that kind of excess generating capacity today, when we still have abundant coal, gas and nuclear power for primary electricity generation and backup.

Most utilities are barely covering their own needs as it is. Once every utility, in every state, is required to go 100% zero fossil fuel, it will be a guaranteed debacle, over and over.

Big cities like New York won’t be able to buy their way out of repeated blackouts.

The simple question to ask the Biden Administration, the states and their power utilities is this: How will you provide power on hot or cold low-wind nights?

When you ask that question, stay by the microphone, so that you can demand more than the double-talk, phony assurances and outright lies you will assuredly get when they first respond to this vitally important, inconvenient, anti-woke question.