[Editor’s Note: Wind turbines aren’t getting a lot of community support. They’re being rejected, in fact, which means big renewable plans are really not all that feasible.]

In rural communities, proposals to erect office-building-high wind turbines pit neighbor against neighbor. Some receive checks for hosting turbines on their land; the rest dread the intrusion to their senses. And all because of a slew of tax breaks and mandates to remove a free-market situation.

“Nebraska wind farm projects cause controversy and heartache,” one article in The Fence Post was titled. “With the enticement of expected high-dollar dividends and federal production tax credits,” the article explained, “some residents in Cherry County and nearby communities are struggling with daily life challenges, which they attribute to numerous turbines emerging across the landscape.”

Wind energy is not a good neighbor. It’s a constant 55 decibels of noise that rattles pictures on the wall, and then nobody will ever buy my place, and casts shadows, and causes health effects that have come to light like nausea and vertigo. If your neighbor does something on your ground that’s not neighborly, you should have a say. The people who are not participating landowners and not compensated should have some aspect of government listening to them.

Many innocent victims, as a result, have become “wind warriors.”

Such stories are many, the most recent concerning a recently cancelled project in central Michigan. After years of argumentation and controversy, Detroit-based DTE Energy (formerly Detroit Edison) cancelled wind leases in North Branch and Burlington Townships in Lapeer County, MI for what would have been a $300 million, project of 50 wind turbines. 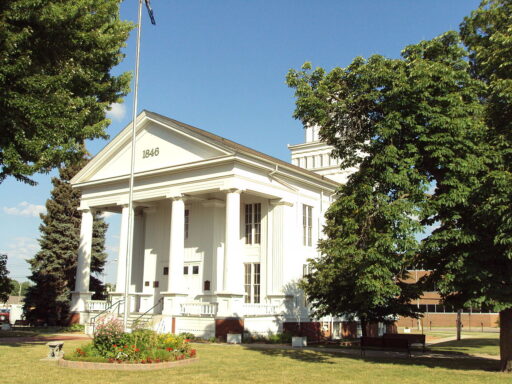 The May 19, 2020, letter from Matt Wagner, DTE’s Manager of Renewable Energy Development read:

This is a difficult letter to write given how hard many of you have worked to help advocate for a DTE Electric Company (DTE) wind energy project in your community. We want to let you know that we have decided to start releasing wind easements and participation agreements in your community effective August 1, 2020 and that you will be receiving a more formal letter regarding terminations in the coming weeks.

Several factors have weighted into our decision-making. As you likely recall, when we first approached the community regarding a potential future wind project, we proposed a wind park that included three townships. Unfortunately, Burnside Township voted in a restrictive ordinace in February 2018, making utility-scale wind development in the township extremely challenging, if not impossible. While a vote has yet to be taken, it appears that the North Branch Board will adopt a restrictive ordinance as well.

Add to this the current crisis surrounding the coronavirus ….

While we share your disappointment with the outcome, it does not diminish our great appreciation for your ceaseless support. Many of you spent countless hours attending township board and planning commission meetings, attending events, and talking to your friends and neighbors. We are so thankful for your partnership and advocacy over these last few years….

This was not the first such cancellation. A year ago, DTE withdrew plans to build 49 wind turbines in Michigan’s Upper Peninsula (the Summit Lake Wind project).

Comments on social media warned that the Huron County cancellation does not mean DTE is through.

“Industrial wind power, a government created and enabled industry, is not only about the uneconomic. It is about controversy and division between neighbors whose country living in the wind-swept plains has never been about gargantuan machinery generating noise, flicker, and unsightliness.”