Wolf Severance Tax: Flattery for the Dumb and Dumber

Tom Wolf, yet again, is attempting to institute a severance tax on the natural gas industry in addition to the impact fee they already pay.

If Oscar Wilde was right about imitation being the sincerest form of flattery, then Pennsylvania Gov. Tom Wolf should be feeling admired by President Biden as the two advance similarly damaging energy proposals. 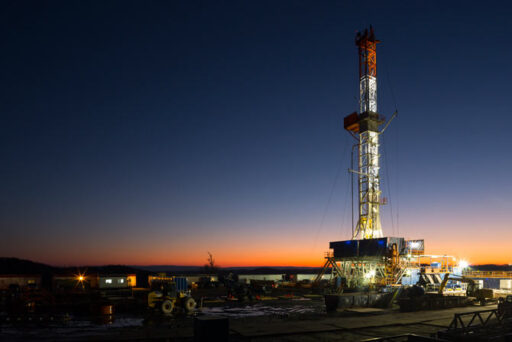 Despite the governor repeating the talking point that Pennsylvania is the only natural gas producing state without a severance tax, his proposal would be in addition to an existing tax called an impact fee.

“The combination of the two, based upon average natural gas prices in 2020, would have resulted in an effective tax rate north of 12 percent,” said the Marcellus Shale Coalition in a statement. “This rate would be two and a half times that of West Virginia, and by far the highest in the nation.”

To add insult to injury, Pennsylvania producers already pay one of the highest corporate tax rates in the U.S. And Governor Wolf is also proposing a 46 percent personal income tax hike, which is the tax that most small businesses supplying the energy industry pay.

The Biden and Wolf assaults on energy come during a nascent recovery from the pandemic, which has depressed business activity and demand for oil and gas. The slow-down caused last year’s impact fee revenue to drop by $55.9 million to $144.9 million. Pennsylvania’s Independent Fiscal Office reports that most of the decrease is a result of lower gas prices — a product of too much supply and insufficient demand.

The Biden and Wolf assaults on energy come during a nascent recovery from the pandemic, which has depressed business activity and demand for oil and gas.

Although counties and municipalities share in the losses of impact-fee revenue reductions, they are less concerned about fluctuations in the market and fee revenues than potentially losing natural gas jobs and taxes entirely thanks to bad state government policy, according to some political leaders.

Susquehanna County Commissioner Alan Hall worries that a “severance tax will be the straw that breaks the camel’s back” and drives gas drillers from Pennsylvania. His county is paying for a $20 million public safety building with revenue from the state impact fee, which will no longer be available if state government taxes the gas industry out of business.

“The severance tax is not a good idea and it has never been a good idea,” says Hall.

State Rep. Jonathan Fritz, a Republican from Susquehanna and Wayne counties, says some municipal leaders worry that state government will someday divert impact-fee funds from local governments to the Harrisburg treasury. “Municipalities are able to deal with the ups and downs of a commodity, but they are concerned about the revenue going away altogether,” he says.

The governor even draws fire from his own party. Democrat members of the state house from Southwestern Pennsylvania issued a statement calling the severance tax a nonstarter. They noted that the state’s natural gas industry employs tens of thousands of people and produces feedstock for vaccine production.

“This is not just a tax on the oil and gas industry, it would be a tax on our pandemic recovery,” said the Democrats in a statement.

Republican state Sen. Camera Bartolotta of Beaver County, where a $6 billion plant that will convert natural gas liquids to plastic materials is under construction, noted that the governor now has put forth a severance tax each of his years in office — some years with multiple proposals. She said the governor’s budget is “unsustainable and ignores the realities facing Pennsylvania families and employers. History teaches us, over and over again, that we cannot tax and spend our way to prosperity.”

If Pennsylvania government wants more revenue, it should drop continual attempts to increase taxes and regulations and specious threats of prosecution and look more toward nurturing an industry that is a proven producer of prosperity.

Also, last year, Pennsylvania Attorney General Josh Shapiro built on Wolf’s attacks by issuing a scurrilous grand jury report on natural gas production. It was based on unnamed sources telling anecdotes that rehashed old, often debunked, allegations about environmental abuses. To date, nothing has come of the report.

If Pennsylvania government wants more revenue, it should drop continual attempts to increase taxes and regulations and specious threats of prosecution and look more toward nurturing an industry that is a proven producer of prosperity.

One need look no further for proof than an IFO report that shows average per capita income growth in the top five gas-producing counties of Pennsylvania between 2016-18 beating the state average of 4.4 percent by as much as 3.1 percentage points. Greene County had the highest growth rate, with a 7.7 percent increase. It was followed by Susquehanna County, 6.7 percent; Washington, 6.3 percent; Bradford, 5 percent; and Lycoming, 4.6 percent.

Royalty payments made to local land owners since 2010 have exceeded $8 billion, according to the IFO.

This is the kind of wealth-creation state government should be encouraging rather than undermining with a heavy hand. Increased business activity is more likely to generate tax receipts than are onerous taxes that detract from the competitiveness of the state’s gas industry – a prolific generator of profits, payrolls and royalties that are themselves taxed.

Gordon Tomb is a senior fellow for the Commonwealth Foundation, a Pennsylvania-based, free-market think tank.