Tom Wolf’s latest severance tax proposal appears to be failing thanks his radical green friends who will not be satisfied with anything less than a ban.

Can it be possible that the shale industry and anti-shale environmentalists (those who irrationally espouse the end of using all fossil fuels) can actually agree on something? Turns out, we can! The something we agree on is opposition to PA Gov. Tom Wolf’s plan to tax a single industry, shale drilling, $4.5 billion in order to use that money for Big Government programs.

Environmentalists don’t like Wolf’s severance tax plan because they think it will create dependency on fossil fuels for another generation or two. You start getting that money and you don’t want to give it up (which is true). Little do the antis know or understand, such a tax would actually kill the shale industry (the very industry they want to kill)–but we won’t tell them if you don’t.

PA shale drillers already pay the equivalent of a severance tax–called an impact fee. By adding a severance tax, Wolf would be double-taxing the industry–making PA taxes on shale some of the highest, perhaps the highest, energy taxes in the country.

Shale drillers have options. If they stop making money in PA, they move to another state. We’ve seen it happen. The argument that “the land and shale is here, they can’t move” is a false argument. There’s shale elsewhere and yes, they can and do move.

In June it seemed that Wolf was within a few votes of having enough legislators to pass his so-called Restore PA severance tax plan (see PA Severance Tax Bills Intro’d in House & Senate w/Strong Support). Now that radical environmentalists have come out against the plan, support is slipping away. 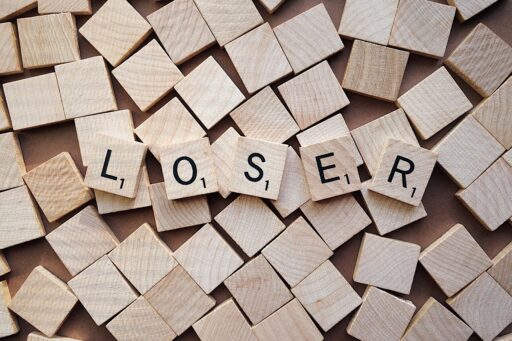 Tom Wolf loses again, thanks to his friends! Is it possible?

Several left-wing legislators who previously supported Wolf’s plan have withdrawn their support. So hey, today we’re thankful for the environuts, because it appears they’ve helped us defeat the severance tax one more time. Here’s the word from the Pennsylvania Capital-Star (emphasis added):

“We have a real opportunity to make impactful infrastructure investments in Pennsylvania.” Wolf said in a statement at the time. “Restore Pennsylvania is the only plan presented that can actually address the needs in every community.”

Wolf’s proposal also raised serious concerns among some environmentalists, who have gone as far to begin lobbying efforts.

Members of the groups, both state and national, are pushing lawmakers to oppose the Democratic governor’s plan to rebuild Pennsylvania’s roads, expand broadband internet access, and create green infrastructure. They’ve had a few successes thus far.

When the formal legislative language was rolled out on June 5, Restore PA had 99 co-sponsors in the House and 25 in the Senate. Bills need, respectively, 102 votes and 26 votes to pass each chamber.

Since then, the House and Senate versions of the plan have lost two co-sponsors each — three Democrats and one Republican in total. At least three of those lawmakers met with environmental advocates before or after making their decision to withdraw from the bill.

In the House, Rep. Brian Sims, D-Philadelphia, and Rep. Tarah Toohil, R-Luzerne, have disappeared from the co-sponsor list published online despite backing the plan when it was officially released.

Neither Sims nor Toohil responded to a request for comment on why they pulled their support.

The Philadelphia chapter of the Sunrise Movement, a national group of high school students who advocate for climate action, said eight members visited Sims in mid-August.

“While unsure beforehand, the conversation helped him realize that to protect our futures we need to stop climate change and create millions of new jobs in the process, and not stoop to the level of legislation like #RestorePA that would lock PA into a dangerous fracking future,” the group tweeted…

In the Senate, Democratic Sens. Katie Muth, of Chester County, and Sen. Daylin Leach, of Montgomery County, also no longer back Wolf’s plan.

In an email, Leach’s Chief of Staff Judy Trombetta confirmed that the senator changed his position after meeting with concerned constituents.

“[Leach] feels that Restore PA invests too much in fracking infrastructure,” Trombetta said. “He is opposed to fracking in Pennsylvania and will not be supporting this bill.”

Muth, meanwhile, told the Capital-Star she feared the program would make limited investments in alternative energy. She met with members of Food and Water Watch, a corporate accountability group, after she made her decision to withdraw support…

Some of the state’s biggest climate hawks, such as Karen Feridun of Berks Gas Truth, a grassroots anti-fracking group, have expressed opposition to any tax on natural gas production.

“I think it’s a phony argument to say we need to put on another tax and institutionalize fracking in the process,” Feridun told the Capital-Star. “No one will get rid of fracking if it’s funding pet programs.”

…She estimated that members of the Better Path Coalition — a loosely knit amalgamation of dozens of state environmental groups — have made at least 20 visits to lawmakers urging them to reject Restore PA.

Some elected officials, Feridun said, told advocates they’d be “no” votes but wouldn’t take their name off the bill.

Nice try by the governor’s supporters, but we’ve now turned a corner and the severance tax is dead. Again. For another year. Thank God.

Editor’s Note: As surprising as this green opposition might be for the moment, it reflects the insidious nature of fractivism, which is radical to the core, never satisfied and always demanding of nothing less than 100% support. It is an ideological movement, not a rational one and Governor Wolf surely knows that but chose to feed the crocodile in pursuit of his own special interests not realizing he was next on the dinner menu.

There is no patronizing of people such as Brian Sims, who is an extremist bully. There is no dealing with a slippery professional panderer such Daylin Leach, who I once testified before as he was getting cell phone messages from fractivists with questions to ask. There is no reasoning with a Karen Feridun who I debated several years ago and had lunch with afterwards. She was pleasant enough but her schtick is fighting oil and gas; end of story.

These are the folks dutifully regurgitating talking points issued by the likes of Food & Water Watch and issuing communications like this one that went to various Republican legislators already opposed to the Restore PA severance tax initiative:

I urge you to oppose Restore PA.

Restore PA would create new fossil fuel subsidies and lock Pennsylvania into 20 more years of fracking. Right now, the most important way to oppose the plan is to withhold your name as a cosponsor of the legislation.

Governor Wolf has made clear he’s going to use the money raised under Restore to subsidize petrochemicals — to turn the products of fracking into plastics. This means Pennsylvania communities would need to grapple with more pipelines like the Mariner East pipeline and more polluting ethane crackers.

I also oppose Restore because it would lock us into fracking for 20 years. Restore calls for the issuance of $4.5 billion in fracking tax bonds, meaning future generations would need to go into billions of dollars in debt if they wanted to ban fracking. The legislation even has language that could be used by banks and the fracking industry to block a fracking ban.

Under Restore, future generations will either lose because of climate catastrophe or they will lose because they will be saddled with billions of dollars of debt.

Please oppose Restore PA. If you are a cosponsor of this bad legislation, the most important thing you can do is to remove yourself as a cosponsor.

Amazing, isn’t it? Here is a brainless letter writer who didn’t even bother to check where his legislator stood before parroting the form letter he had been provided. That’s the shallow cult-like character of environmental extremism, which can never be appeased. It’s a bunch of zombie like followers who simply do what they’re told to rack up green virtue points. Governor Wolf, you should have known better than ever to have ever associated with these treacherous know-nothing people although, in fairness, you did once ask that Senator Leach tom resign didn’t you?