Toby Rice, 37, is the new chief executive officer at EQT Corp. after Rice and his brother Derek, 34, won a proxy battle to take control of the board. The brothers, who sold their company to EQT in 2017 for $6 billion, launched a campaign to overhaul the producer after it missed output targets and boosted spending.

The Rices got their start in gas drilling 12 years ago, when Toby, Derek, and their brother Daniel, 38, founded Rice Energy Inc. Their father, former BlackRock Inc. fund manager Daniel Rice III, was a key investor in the company. By their telling, the brothers’ first big break in the world of fracking came in 2010, when a refurbished rig they’d rented for $18,500 a day finally started producing gas from shale rock buried beneath a Pennsylvania hilltop.

Toby Rice, who was named to the American Baseball Coaches Association’s All-America Third Team in 2004 as a right fielder at Florida’s Rollins College, is now tasked with revitalizing an explorer that’s trailed peers since the Rice Energy acquisition. Having worked as a roughneck in Texas, he’ll have to prove to shareholders that he can replicate the success of his previous company, where he and his brothers had custom heavyweight wrestling belts made to commemorate productive wells.

“The clock starts on our 100-day plan as soon as today,” Toby Rice told reporters after EQT’s annual general meeting in Pittsburgh on Wednesday. “By 2020 we want to have our foundational elements set up, best practices in place and then you’ll start to see the effects of large-scale development by mid-2021.”

The Rices, who have used the term “shalennial” to describe their management style, plan to use better technology at EQT to drill wells more cheaply and efficiently. They’ll also make changes to the company’s organizational structure, adding a chief information officer and chief human resources officer. EQT’s focus on the Marcellus shale of Pennsylvania and West Virginia, the country’s largest gas play, will remain.

But they’ll have to win over investors who have been burned by weak earnings and overspending. Though a shale producers have pushed U.S. gas output to a record, making the U.S. a net exporter, the resulting oversupply has sent prices for the fuel to 1990s-era lows, denting profits.

The “main thing investors will be watching going forward is their ability to execute on the cost reduction initiatives that underpinned” the Rices’ promise of $500 million per year in additional free cash flow, Sameer Panjwani, an analyst at Tudor Pickering Holt & Co. in Houston, said in an email. “Wouldn’t be surprised if this spurs more activism in the space by investors targeting underperforming companies.” 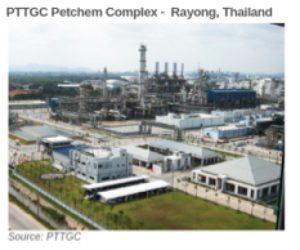 The company has committed $65 million to this phase of the project, according to JobsOhio, the Columbus Dispatch newspaper reported.

If the companies go forward, they would build one of the largest economic development projects in state history, one with thousands of construction jobs and probably several hundred permanent jobs once construction is completed.

“JobsOhio’s revitalization grant will support initial site-preparation work, which will begin later this month,” said Matt Englehart, JobsOhio spokesman. “While this is an important and positive step for the project, no final investment decision has been made. JobsOhio and our partners will continue closely collaborating with PTTGC America and Daelim as they work toward a final investment decision.”

The companies said in a statement, “There is not a timetable for that decision at this point. Obviously, both companies are extremely grateful to JobsOhio for its support,” the Dispatch reported

The plant would take ethane and break it down to produce ethylene, which is used in chemical manufacturing. The county is an attractive site because of its proximity to the plentiful natural gas of the Marcellus and Utica Shale plays in Ohio, Pennsylvania and West Virginia.

The plant would be built on the site of FirstEnergy’s former R.E. Burger power plant, which closed in 2011. JobsOhio previously spent $14 million to help clean up the 168-acre site PTT bought in 2017.

PTT estimated in 2018 the project would cost $7.5 billion, even more than a similar plant now under construction 35 miles northwest of Pittsburgh, in Beaver County, Pennsylvania.

Montage Cuts Rig Count. Montage Resources is reducing its rig count from two to one and cutting its drilling activity for the rest of 2019, a reduction of roughly $30 million in capital spending in 2019, Kallanish Energy reports.

The company had said earlier that it expected to spend from $375 million to $400 million in 2019 capital spending.

The move is due to low commodity prices, but the company said it still anticipates good results due to operational efficiencies and strong well performance in the Appalachian Basin.

“Continued weakness in commodity prices has made us especially vigilant in protecting our highly advantaged position with a significant amount of liquidity and our resolve to maintain financial and operational flexibility remains unchanged,” said president and CEO John Reinhart, in a statement.

The company also said it intends to target more liquids production in the remainder of 2019. It’s still projecting a 20% production growth from 2018 to 2019. It has re-affirmed 2019 full-year production guidance of 520 to 540 million cubic feet-equivalent per day ( MMcfe/d).

Montage said its second quarter production is expected to be above the high end of its previously announced guidance and to exceed current consensus expectations. Those results will be released Aug. 7.

The company said it has cut cycle times by more than 30% over the prior year, which has allowed the company to begin production on more wells.

Montage Resources was renamed after the merger of Eclipse Resources and Blue Ridge Mountain Resources. That deal closed last February.

It is involved in the Appalachian Basin in Pennsylvania. West Virginia and Ohio in the Marcellus and Utica Shale plays.

The company has offices in State College, Pennsylvania, and Irving, Texas. 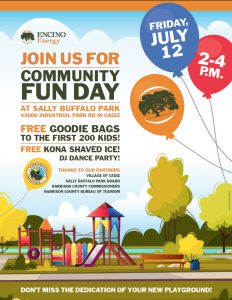 Under the new agreement, XTO will deliver natural gas production from a portion of its leasehold position in southeastern New Mexico to Lucid’s South Carlsbad gas gathering and processing system.

The deal provides XTO with firm processing capacity and enables deliveries of gas and natural gas liquids to ExxonMobil’s downstream and chemical manufacturing sites on the U.S. Gulf Coast.

Lucid’s system in the northern Delaware Basin currently consists of more than 2,000 miles of pipeline spanning five counties in New Mexico and Texas.

Lucid expects to commission Red Hills V in the second quarter of 2020. The expansion will follow the anticipated commissioning of the 230 Mmcf/d Red Hills IV plant in October.

“We have continued to grow our relationship with XTO in the northern Delaware Basin since its entry into New Mexico,” said Lucid CEO Mike Latchem. “Lucid’s assets are strategically positioned for XTO’s development plans and complement what its affiliates are planning for midstream infrastructure within the basin and out of the basin to the downstream markets.”

Cracker Plants Will Help Steubenville, OH. With one ethane cracker plant nearing completion and another inching closer to a construction announcement, Commercial real estate specialist Bryce Custer told Steubenville business leaders Monday they’re right where any entrepreneur would want to be: In the middle.

Custer, a broker with NAI Ohio River Corridor, told members of the Steubenville Revitalization Group the community can be the nexus between the Shell ethane cracker nearing completion in Monaca, Pa., a second cracker plant under consideration in Dilles Bottom and the polymer plants populating the Akron-Canton region.

“This is a marathon,” he told the business community during an informal talk at Froehlich’s Classic Corner. “What people don’t realize is what’s happening now — what’s happening in Monaca to the north, and Dilles Bottom to the south. Steubenville is in a prime location.”

Shell is nearing completion of its $6 billion-plus cracker, he pointed out. The plant is expected to be in production by the spring of 2021. PTT Global, based in Thailand, and its South Korean partner, Daelim, still haven’t announced their final investment decision about the Dilles Bottom location, though they’ve spent upward of $100 million to date on preliminary work, including land acquisition.

“Is there a chance they might not do it?” he asked. “There’s always that chance. But, if you ask me, I would gamble and say they’re going to build.”

Custer maintains PTT has no reason to make an announcement before the Shell plant is done, if only because there aren’t enough trades people to do projects of that magnitude simultaneously. He said 5,500 workers are currently on site at Shell.

“They’re not in a hurry to announce,” he added. “Where would they find the (construction workers)? Right now, they’re all employed up in (Monaca).”

He said communities need to think about what they can do to make themselves attractive, not only to outsiders but to young people making career decisions.

“It’s a timing issue,” he added. “Unfortunately, we want everything tomorrow … but it’s not going to happen overnight. Right now, we need to be planting seeds for our kids.”

Business leaders need to “talk to kids in grade school, let them know they can get great jobs when they graduate,” he added, “but the one thing they have to do is pass a drug test, that’s all.”

Not enough people can do that, he noted, referring to a recent Cleveland State University study that found 20 percent of the eligible members of the work force can’t pass a drug test.

He said communities also need to make themselves attractive to outsiders as well as to young people who will be making career decisions.

“Capitalize on the river, and not just for transportation and business,” he said. “Provide a place for our kids to live that (they won’t want to leave). How do we keep our kids here, that’s always been the question. Now we have the opportunity.”

“When you start seeing Shell making plastics, that’s when you’re going to see the downstream growth curve,” he said.

Gulf Producers Evacuate Platform. Oil majors evacuate U.S. Gulf platform staff before storm. Reuters. Major U.S. oil producers on Tuesday began evacuating and shutting in production at their deepwater Gulf of Mexico platforms in advance of a tropical disturbance expected to become a storm this week. A tropical depression is expected to form late on Wednesday or Thursday, according to the National Hurricane Center, and move westward across the northern Gulf of Mexico, home to dozens of oil- and gas-producing facilities. NOTE: Houston Chronicle also reports.

WV Senator Manchin asks DOE Officials for Update on Appalachian Storage Hub. . U.S. Senator Joe Manchin questioned officials from the U.S. Department of Energy for an update on the Appalachian Storage Hub on Tuesday. Manchin, a Ranking Member of the Senate Energy and Natural Resources Committee, heard testimony on eleven bipartisan bills before the Committee including one that would require a study by the DOE on the benefits of the hub.

We are all anxious to see what DOE will be doing in the Appalachian Basin with the storage hub. This information may be presented at one of our upcoming conferences. STAY TUNED!

Energy Sector supports 1 in 6 Texas Job. It’s no secret that Texas is oil country — and a new analysis found the energy sector directly or indirectly supports about one in every six jobs in the state. Analysts from The Perryman Group, a Waco-based economic research firm, used models developed by president and CEO Ray Perryman to examine the total economic impact of the energy sector. Their analysis found gains in “just about everything” that could be traced to oil and natural gas. The total annual economic benefits of the Texas energy sector and related industries include a gross product of $198.8 billion and more than 1.9 million jobs, including multiplier effects, Perryman said. Perryman also pointed to the record-high level of U.S. crude oil production, which Reuters reported will hit 12.36 million barrels per day this year.